…as a financial professional

Since 2007, Brian has taught as an Adjunct Professor of Tax Planning at Golden Gate University in its Master of Science in Financial Planning Program. Previously, he trained tax preparers for the IRS’ VITA Program, from 2005 – 2016. He also led personal finance workshops for the nonprofit Consumer Credit Counseling Service of the East Bay (now a division of Money Management International) from 1997 – 2014.

Brian is a recovering engineer: He graduated from the University of California, Berkeley, with a degree in Engineering Physics. He later researched the effects of energy use on the environment at the Lawrence Berkeley National Laboratory from 1991 – 2000.

…outside of the office

Brian enjoys spending time with his family, chaperoning field trips with his son’s class, and catching up with his favorite comic book television shows. Brian would be proud if his son were the next American Ninja Warrior.

BACK TO TEAM PAGE

HOW WE DO IT 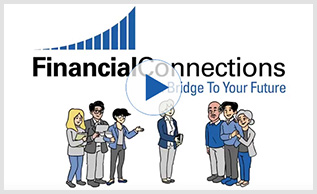 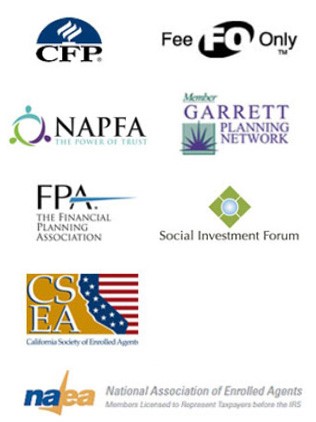 No Hidden Costs. No Referral Fees. No Commissions.

As a fiduciary, we put our clients' interests first. Our compensation comes exclusively from you. If we don't directly provide a particular service, we can serve as a resource for referrals to other professionals.

You are leaving www.FinancialConnections.com and will be automatically redirected to the link you clicked.

Changed your mind? Go back to www.FinancialConnections.com

We use cookies on our website to give you the most relevant experience by remembering your preferences and repeat visits. By clicking “Accept”, you consent to the use of all the cookies.
Cookie SettingsAccept
Manage consent

This website uses cookies to improve your experience while you navigate through the website. Out of these, the cookies that are categorized as necessary are stored on your browser as they are essential for the working of basic functionalities of the website. We also use third-party cookies that help us analyze and understand how you use this website. These cookies will be stored in your browser only with your consent. You also have the option to opt-out of these cookies. But opting out of some of these cookies may affect your browsing experience.
Necessary Always Enabled
Necessary cookies are absolutely essential for the website to function properly. These cookies ensure basic functionalities and security features of the website, anonymously.
Functional
Functional cookies help to perform certain functionalities like sharing the content of the website on social media platforms, collect feedbacks, and other third-party features.
Performance
Performance cookies are used to understand and analyze the key performance indexes of the website which helps in delivering a better user experience for the visitors.
Analytics
Analytical cookies are used to understand how visitors interact with the website. These cookies help provide information on metrics the number of visitors, bounce rate, traffic source, etc.
Advertisement
Advertisement cookies are used to provide visitors with relevant ads and marketing campaigns. These cookies track visitors across websites and collect information to provide customized ads.
Others
Other uncategorized cookies are those that are being analyzed and have not been classified into a category as yet.
SAVE & ACCEPT